@silverwulf : OK i understand the story and i agree with you. MOP was made on G12-T75. Nice to be sure now.

I never had doubts that MoP was 75s, but the serial timeline itself never sat well with me. I knew that different series ran on different serial number sequences, but I never once considered that A and B cabs within the same series had their own serial number line as well (I'd always just purchased B cabs). That tied it all together, and now the timeline makes perfect sense. Cheers man!
Boogie user of 20+ years, previous owner of 150+ Rectos, author of the previous "2 Channel Recto User Guide" and current "3 Channel Recto User Guide" (if I ever stop being lazy and finish it)...
Top

Another example of Flemming being forgetful is that he has stated the mic placement for MoP was center cone on axis. In both RTL and MoP pics they're not! In the MoP pic, you can see the bottom corner of the mic and a reflection of the tip pointed at roughly a 30 degree angle toward the outside of the cab slightly downward. It's pointed so that the top of the mic's diameter is just clipping the bottom right edge of the dust cap, but mostly at the cone. The RTL pic shows the mic at about 45 degrees, again pointed slightly downward and again top of the mic is at the bottom corner of the dust cap with the meat of it pointed at the cone. 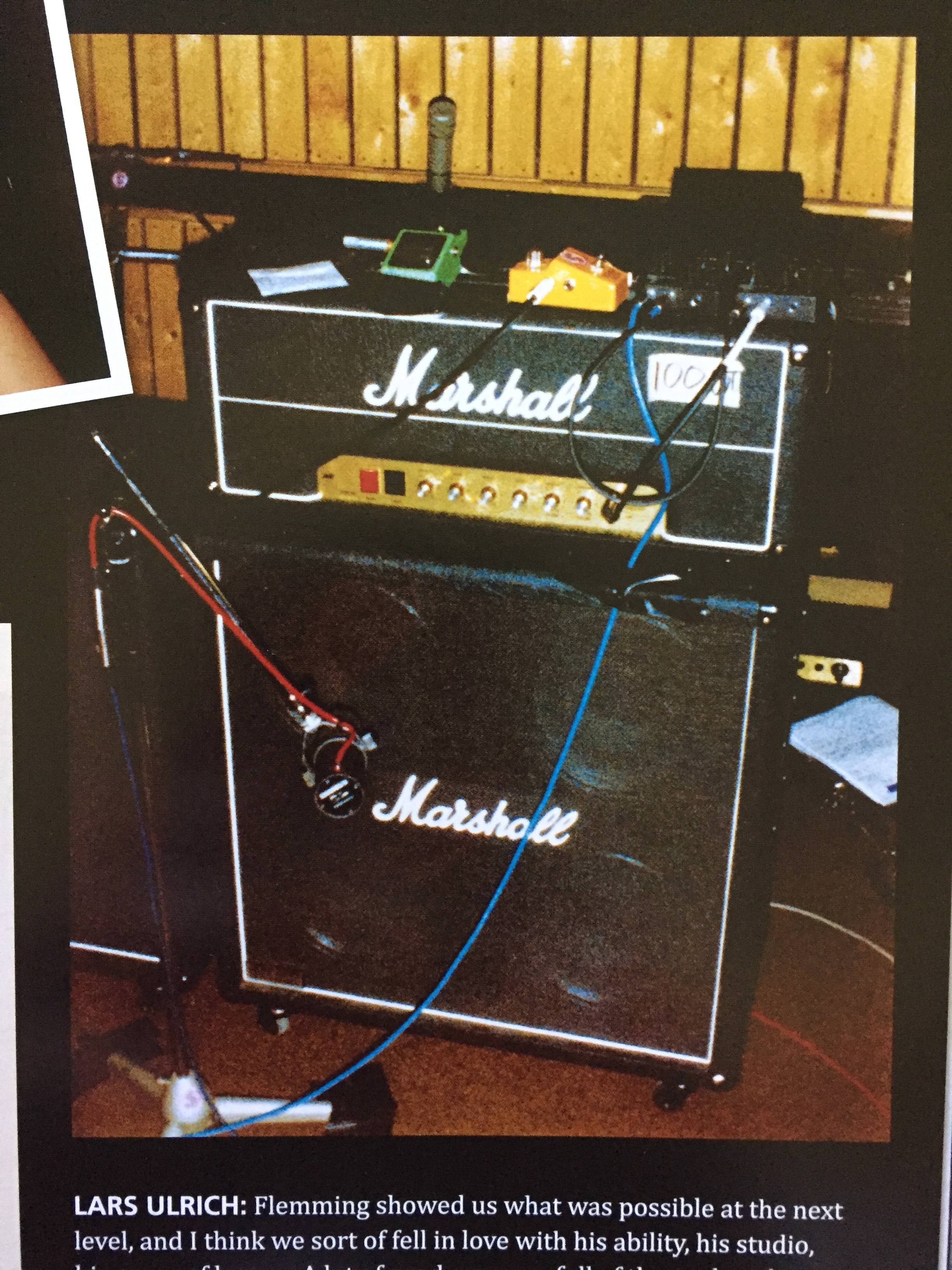 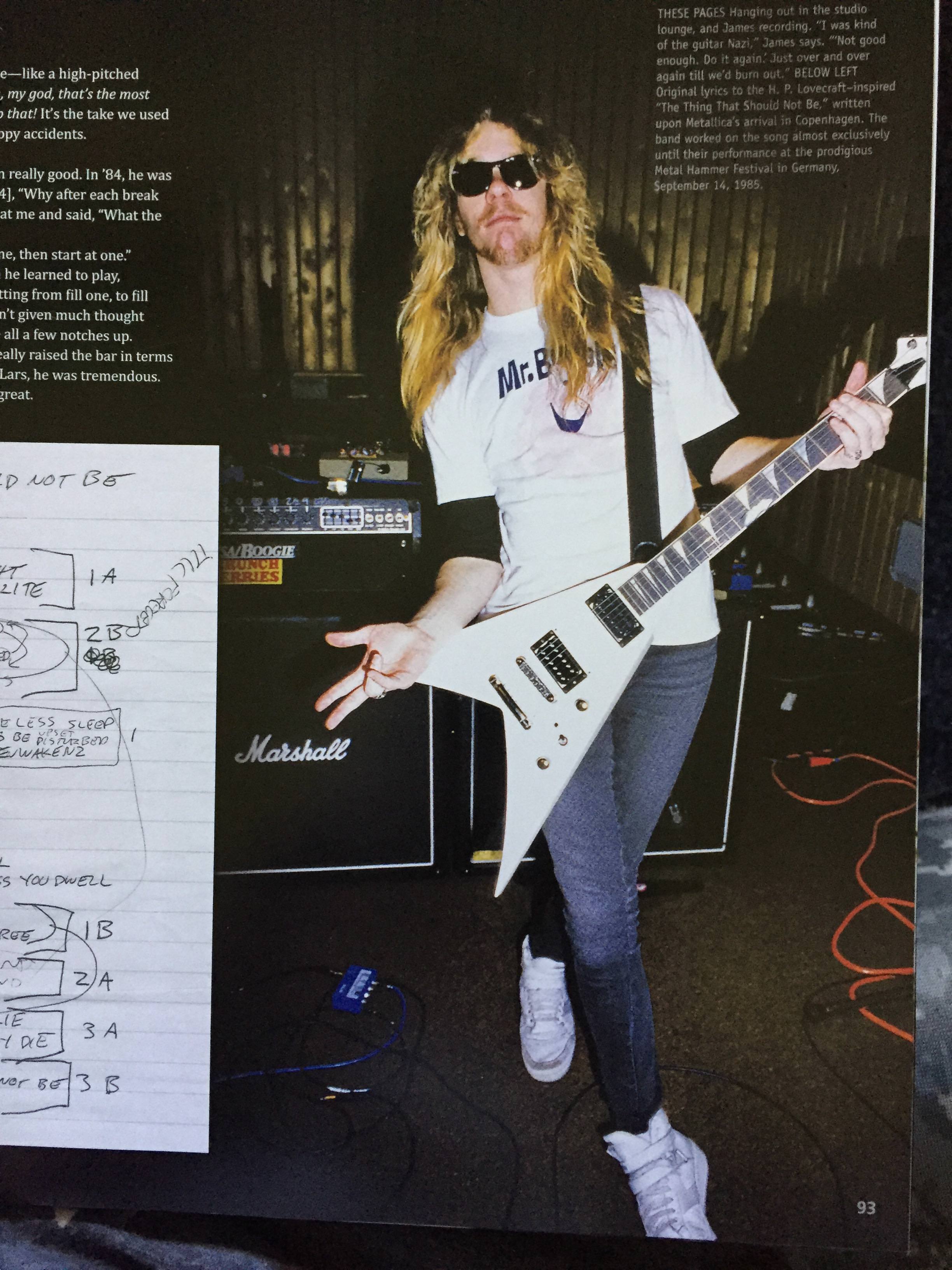 boogieordie wrote: ↑
Sun Oct 14, 2018 10:46 pm
I don't put much stock in Monty Jay. It's just not a reliable source of info. Even Flemming has trouble recalling and wasn't fully aware of what they used at the time. Flemming has said they used EQF-1's on the album when clearly the studio picture was an EQF-2. The EQF-1 is also inconsistent with his notes since it doesn't have the same peaking/ shelving options that are listed on his notes that only the EQF-2 has.

After a quick check I didn't even see the EQF on the Monty Jay site (only a Furman PEQ) and being that I own 2 EQF-2's myself these units are absolutely critical to the MoP tone receipe!

Also pictured at sweet silence with "crunch berries" and therefore easily deduced was taken during the MoP session - separate Google search & NOT pictured on Flemming's site - are two compressor/ expanders along side the 2 EQF-2's which I also own and from experience I can tell are used to tighten up the crunch at those gain levels along with adding some punch. Settings are difficult to see but you can see that one is being used in compressor mode while the second is expanding. It makes no sense that these were used in series since one unit can perform both functions simultaneously. This technique would be consistent with two separate heads with one cab each, both being fed by what appears to be an ABY box(again explaining why there's 2 of everything) that his guitar is going into with 2 cables coming out, and not one head with two cabs being miced as some people speculate based on Flemming's notes. Oh, "maybe he used stereo for cleans and mono for distortion?".. you say? Nope, the picture squashes that theory since the lead channel knob is pulled. Flemming is doing one of three things, either he completely neglected to even notice a stereo rig right in front of his face(unlikely), or he lost, forgot to, or didn't take notes on the second amp settings, etc., or he is intentionally withholding the final ingredients to the "holy grail."

I also believe that there is much more to the story than just the Flemming's notes he put up.

The pics as shown above (are actually taken out of the MOP "'Back To The Front" book) have two Marshall B cabs with a Mark Boogie head on each (the head on the cab to James left is kinda hard to see, but it's def there). The EQ setting on the head we can clearly see is way different to the settings on most of the Sweet Silence Puppets notes.
There is also a third Marshall B cab and Mesa head just out of this shot to James left, can't see it in the pic above, but there is another pic from same shoot with James hanging his tongue out (its in the Puppets Deluxe box set book, about page 13 or a google search will find it).
So there is three seperate heads and cabs in just these pictures, and at least one head has quite different settings than the usual settings on the notes supplied, and trying out the settings in the pic on a IIC+ on their own sounds like ass TBH.
This seems to be during the recording of "Thing.." due to him using the King V, maybe one amp was set with a nice huge bass boost, and the other two set different? As you said, for Flemming to miss/ignore/omit these settings and mention of multiple heads, is it due to forgetfulness, lack of memory for that specific song, or maybe not fully disclosing all secret details in order to protect the 'holy grail' stuff?

My question/theory is that perhaps they were combining/blending the heads with diff EQ's to get a different tone than with just one head, ie: like James did with his VH4 and Triaxis blend (pre-AxeFX days), and also countless other artists do these days, perhaps this is where the idea started for James' tone to combine amps with diff eq's to make a unique tone for himself? I'm sure it had been done plenty of times before in studios and different artists, but maybe that's where James first used it and adopted it into his rig? during the Puppets tour we see his rack with the Marks heads and JCM800 heads. There was a theory of them slaving the Mark heads through the JCM800 during recording, but solid evidence of that is hard to find, and as we see here in this thread even Flemming's recollections are sometimes hazy. Perhaps James was using both the IIC+ and the JCM heads combined on the tour? dunno.
Top

And to this day no one knows if his crunchberries head was a Coliseum or not, never has anyone ever posted a picture of the back of that amp.
Top

Aren't the old 75's different sounding speakers to the newer ones? I definitely get closer with 65s than 75s these days.
Top
Post Reply
52 posts