That is excellent tone from the dark side.

The JP2C can get very hairy when the shred mode in engaged, but it still falls short of the gain that a C++ has. It's a "Mark II Super C+" according to the badge inside the head shell.

All guitars on this song are one take switching between channels and riding the volume on the guitar.

The bass was played through the C++ & EVM12L speaker.
One take bass, I already did all guitars first so I didn't even think about what I played on bass, just sort of noodled along.

As far as vocals go. I usually blend a bunch of different types of vocals. I learned that by mistake after not finding the right voice, because I'm a very poor singer, and after blending, it was acceptable.

In the "Guide Us" song, I ran out of tracks which was fortunate because my voice was shot after that one take, plus I was crying my brains out thinking about my good good friend who died of cancer two days earlier. The drummer played in his band and I recorded his first album back in 1991. He found out he had a brain tumor and bang, dead, like that! A two minute song that took two minutes to write, f%&# great song, that lead is something I've had for a while. Give a listen, if it's not your type, try my country song "Leave It Be", it's the "hit" so far, it has new singers coming soon, male and female duet.

7 songs since Thanksgiving. Just the drummer and I. 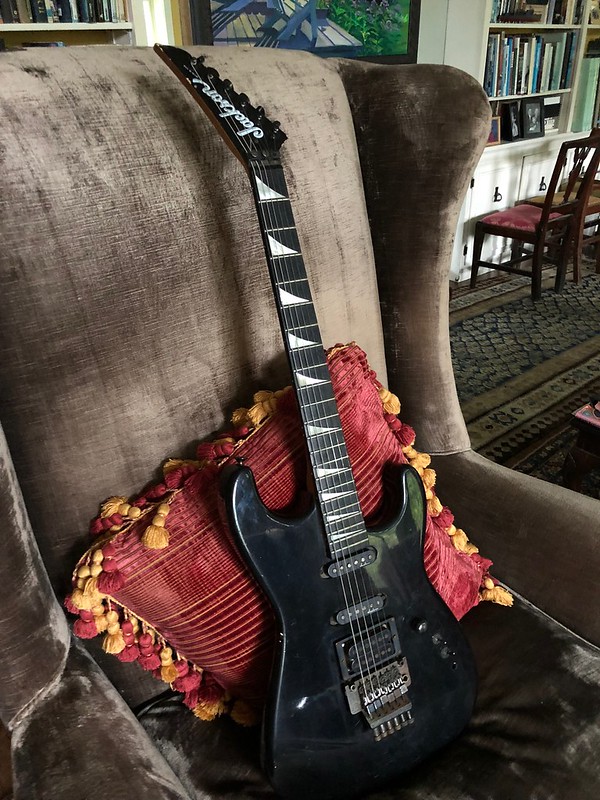 This is a Mark IV.

"Maniacal Homicidal Suicidal Friends of Mine"

Every year I get bummed out. Not this year! I'm celebrating Dime's glory! Long Live Dimebag!!!!

Re: Cabinet Pairing with JP-2C